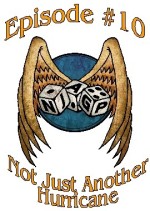 A trip to the World Board Gaming Championships.

Hurricane Irene ruins "JimmyCon 1" - Find out what went down!

"Out of the Box" we quickly give some info on DC comics new "52" title relaunch.

And we talk about a tons of awesome things happening now and in the future for NJAGP! 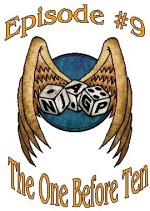 We discuss a listener letter and talk about getting into the gaming hobby.

In our Game spotlight, we look at two games -

Quarriors from Wizkids and Confusion: Espionage and Deception in the Cold War from Stronghold Games

We also take a quick look at Bloodsuckers from Fireside Games

"In The Basement" we compaire Paizo's Pathfinder and Wizards of the Coast Dungeons and Dragons 4.0

"Out of the Box" we chat about Captain America and Harry Potter. 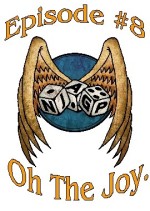 Went spent the weekend at a fantastic local gaming convention called Dexcon! We talk all about it!

We give our first impressions on the games NIGHTFALL and YGGDRASIL.

Curt Covert of Smirk and Dagger Games - We talk to Curt about his upcoming release SUTAKU. Also, What else is in store from S and D. Plus our thoughts on the game! www.smirkanddagger.com

Ivan Turner, Marc Wiener, Peter Spano of 9 Kingdom Games - The Guys give us the rundown on their miniature skirmish fantasy game 9 KINGDOMS. We talk about our fun experience with the game! www.ninekingdoms.com

Keith Stratton - Keith talks about a game called GOBLINS, a fun, fast miniture game he's creating with a few friends. We play tested the game and tell you what we thought as well.

Also .... Hear about one of the coolest home brewed games ever -  ZOMBIE OUTBREAK.

Find out how Jim got snubbed in the final SURVIVE! ESCAPE FROM ATLANTIS tournament.

And so much more, in this jam packed, longest ever episode of exploding awesomeness!!! 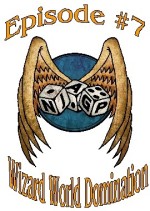 We talk about out trip to Wizard World Philadelphia. We also have an interview with Chris Melville of Table Top Arena. Chris runs the boardgaming side of Wizard World.

We talk about free RPG day and hear from The All Things Fun! Podcasts Ed Evans.

In our game spotlight, we tell you all about how our first experience with ASLSK#1 went.

AND A SECOND PRIZE!! (Win a free pass to ASLOK in Cleveland Ohio!)

In "Out of The Box" we review two movies, Green Lantern and Super 8! 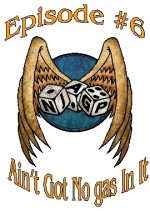 We look ahead at the most anticipated games coming out the second half of the year.

Special Guest Segment: Mark Zielinski of The Dice Tower Podcast tells everyone all about Advance Squad Leader Starter Kits, and we talk about our plans for ASLSK#1.

Plus, our trip to a new game store, losing people in your game groups, does Jeff finally teach a game?, and find out why Matt talks like Slingblade!