Deadlands: Reloaded - A Journey Through the Wierd West

Howdy partners! You think you have what it takes to survive in the rough and tough Deadlands of the weird west?  I’m suppos’n if y’all read’n this here review you ant know'n much about the goings on in the weird west at’all.  I’m here to tell ya you’re in for one wild ride!  If you plan to journey through these lands, the unexpected will become the expected.  Critters and varmints from your nightmares are just wait’n for a cowpoke like you to come nosing around.  Demons and monsters are just itch’n to tear your soul apart and take control of your dead body.  Ya heard me right cowboy, the Deadlands is a dangerous place.  But it ant all bad. Wonders and riches await a tough hombre with enough spirit to go get them.  You will need smarts, strength, agility and vigor to become a heroic adventurer in these here parts. 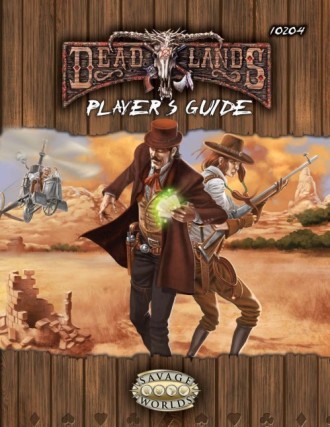 Now, don’t be afeared! Deadlands:Reloaded runs on the great Savage Worlds system and you’ll be cut’n dirt in no time.  In Savage Worlds, attributes and skill aren’t fixed numbers with modifiers attached to them.  Your hero’s traits are a die type: d4, d6, d8 or d12, and that is what ya gonna roll when your player character wants to do something in the game.  Most of the time you’re trying to get a 4 to be successful.  Now, sometimes you’ll need to hit a higher number.   For every 4 over the number you are trying to hit, your cowboy or cowgirl will get a “raise”, and that will get you special successes.  Also we have exploding dice! When you roll the highest number in a die you get an “ace” and can reroll that die and add’um up.  You’ll also get Fate Chips which you can spend to reroll dice and can trade in for other things like soak’n up some of the wounds you may have been taken.  Simple huh? I told you not to go an a fret’n over it.

Still think’n what about the weird west?  Well I’m a gonna tell ya.  History is as you know it, up until about the time of the Civil War,  then a huge quake cracked up and sunk much of California into the ocean creating ‘The Great Maze”.  A new rock was found soon after.  It burns much hotter and is much lighter than coal. It has become known as “Ghost Rock” because a ghost like vapor comes out of the white rock and gives off a ghostly scream when it burns.  But anyone with one of them fancy educations knows that it’s only trapped pockets of air escaping that's make’n that spooky sound. 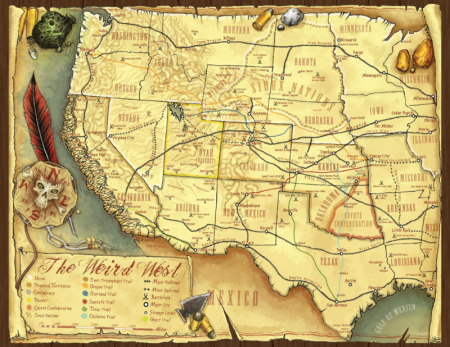 Because of ghost rock, powerful weapons were created and strange machines were made that both the north and the south could ahold of, so neither side could win the war. The war continues to go on with no end in sight.  Also the American Indians had the time to form their own nations like the Sioux Nation and the Coyote Federation. Out in the weird west strange creatures are seen wondering and causing trouble for those out exploring the land.  In many areas fear grips the towns’ folk and people will not venture out at night.  But they’re just yellow crazy old coots, right?

I love the weird west.  Everywhere I bring and run Deadlands: Reloaded, it’s a hit with the players and they always want to play again.  The backstory of Deadlands is great and I only touched on the wonderful details of the setting. There is so much to slowly reveal to players over time, it is a real joy.   I have never played the original edition rules but the Savage Worlds rules work perfectly with this weird west setting.  I have had players say that they get the feel of a Wild West shootout using these rules.  I never thought that any RPG could top D&D (now Pathfinder), which I have played for many years, but Deadlands:Reloaded has done just that.  This is my favorite RPG.  I can’t wait for another chance to spend more time in the weird and wild west! 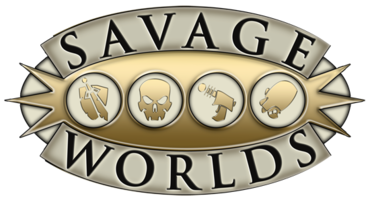