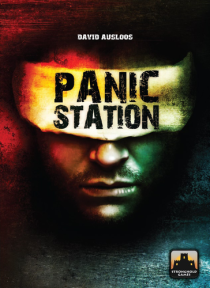 The team had been assembled. All six of us. Well, six humans, along with our P.A.L.S. Psychic Android Linked Simulate (unofficial name) The debriefing had just finished. Of coarse, it was nothing but a reminder of what our six weeks of training had hopefully prepared us for. That, and a lot of bullshit of how we're a team, a family, and how we were going to have to rely and depend on one another if we were going to succeed in taking down the parasite hive located somewhere within the base. Truth is, no one trusted anyone but ourselves, no matter how much they drilled into us the importance of "teamwork".

Before I could really let the importance of what I was about to do set in, I was standing next to
my android in the starting room, contemplating in which direction should I begin to Explore.  One of the first things we must do is search. We were only allowed to carry in two items, and even those were randomly determined for us do to a limited supply. Apparently, the higher-ups thought this mission was important enough to risk  our lives but not important enough to spend the money on seeing us well supplied. I wound up being equipped with some gasoline and 4 rounds of Ammo. Of course, the weapon technology we we were given is usable only by our P.A.L.S., which brings up another quandary; stick close to them for protection or split up and try to cover as much ground as possible?

I decided to split up. I headed east and with great luck my search revealed a key card with an access code. Using my physic link abilities, I was able to share this information with my android, we now both had access through any potentially locked doors.

I heard the next team member enter the station in the room right next to me and just like that, the dangers of the mission became a crashing reality. You see, this station, this hell, was not only crawling with deadly alien parasites, but something much worse, something nightmarish. A disease if that’s what you want to call it. An invisible enemy that we knew would infect one of the team members at the beginning of this mission, making them into what we had termed "the host". This "host" would become more dangerous than anything we would face in the the station. Not only would this "host" be unknown to us, and looking to stop us from completing our mission at all cost, it would be looking to infect us all!

Paranoia set in immediately, as I knew that every single time I entered a room, other than the room in which we entered,  in which one of my teammates was in, there was a chance they were the infected and that they would try and infect me. Luckily, through  advanced research of some kind, it was found that gasoline contained some sort of immunity or repellant to the infection. But at the same time, gasoline is what is needed to destroy the hive, so giving it up is just as detrimental as keeping it.

Thankfully my teammate decided to go in a different direction and search, but I knew I couldn't avoid them all, not forever. All I know for sure is that I am not infected. But then again, who would believe me. My only plan right now is to keep exploring, keep searching, and hoping not to draw the attention of the parasites.

In my searches I knew I could find a multitude of items such as med kits, flak jackets, knives, weaponry, and of course, more gasoline.  Searching a room for the first time presented no alert to the parasites but each additional time is sure to bring one of these disgusting creatures down upon us or around us.  We all also know each room can offer some sort of advantage such as containing multiple items, a med station, a computer terminal, and more, but also some rooms would trigger a parasite alert simply by entering them.

One of my hopes is that myself or an unaffected teammate is able to locate and use the station computer terminals. Using them allows us to explore unentered rooms, unlock doors, and most importantly, do a heat scan. The scan will let all of us know just how many of us have become infected.

I explore further and find some sort of physical energy booster. This is good, it will allow me to take extra action if needed. It's early and neither myself or my android has taken damage so we're still at 100 percent. But if either of us ever does, we'll be weakened and unable to do as much.

My relief at finding the booster is cut short, Ramirez's android enters the room.

“Hello Raven" he says.
I just nod as my heart begins to race. I see the pistol in his hands, cocked, obviously loaded.
"Don't worry, I'm not infected." it tells me.
"Good, me either." I respond.

Part of our training was to never show signs of doubt. I saw none right now in Ramirez's android, but "the host" is probably better at keeping a poker face than any of us. As a sign of good faith, anytime a team member enters a room with another team member, we must trade an item.

"Here" the android says, passing me something that I can yet  see what it is.  "I Don't have any gasoline. If you're going to infect me this is your chance. But I'm being honest with you. This is a med kit. If you have any gas I'd love to have it, but if you'd rather keep it, keep it, I'm not trying to infect you."

He seems honest, and a med kit would sure come in handy. I can keep my gasoline and perhaps trade the access code away or maybe the energy booster. I pull out the booster and start to hand it over.

But wait, why would the android admit to not having any gasoline? Especially out loud, that would make him a sure fire target for "the host"! Unless he does have gasoline and he's trying to draw out who "the host" is. But he also told me to keep my gasoline. Is it because he's hoping to infect me? Perhaps I should just hand over my gasoline just in case. But then I'd be out and vulnerable. It's better than being infected isn't it? I go with my first initial instinct and hand over the booster. The android takes it, looks at it, then looks at me with a smile.  I can't read the smile! Damn it! Have I made a mistake? What did  he just give me? I want to look but my hands are shaking and I can't remove my eyes from his. In that moment, I start to panic!